With its ‘3E’ Success Mantra, Amul Races to Franchise 100 list 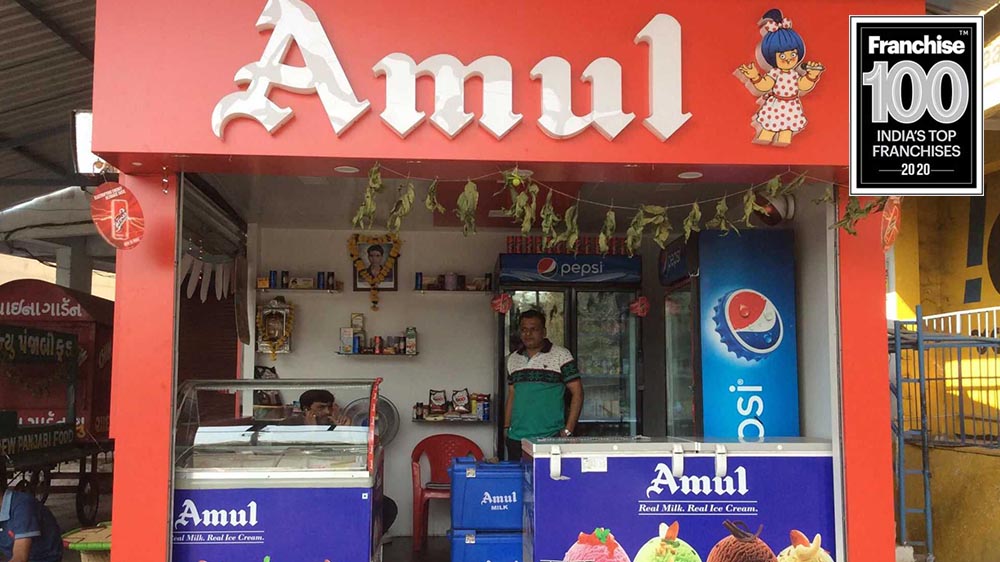 Gujarat-based dairy giant Amul has featured in the latest Franchise 100 list 2020, published by The Franchising World magazine. The Franchise 100 list recognizes the Top-100 fastest growing franchise brands and is considered as the most esteemed honor for franchise businesses in India. The list puts forth the best franchise opportunities for 2020 after analyzing the leading franchisors on the basis of franchise ecosystem size and growth, financial strength and growth, and support offered to franchise partners.

While the company’s growth has contributed to Amul emerging in the top 100 brands list, its expansive franchise network has also played a key role. With various franchise formats and low investment options, Amul has business opportunity for as less as Rs 2-3 lakh. The Amul Scooping parlours, over 1,500 centres pan-India, are one of the brand’s top performing models. With an investment of Rs 6 lakh, and no royalty or profit sharing, Amul has truly remained a franchise-friendly brand.

According to the brand, some of the biggest benefits in partnering with Amul are availability of a good business platform, subsidy, additional purchase support, special offers and absence of profit-sharing. With presence of over 10,000 retail outlets, Amul is poised for faster growth in the coming years.