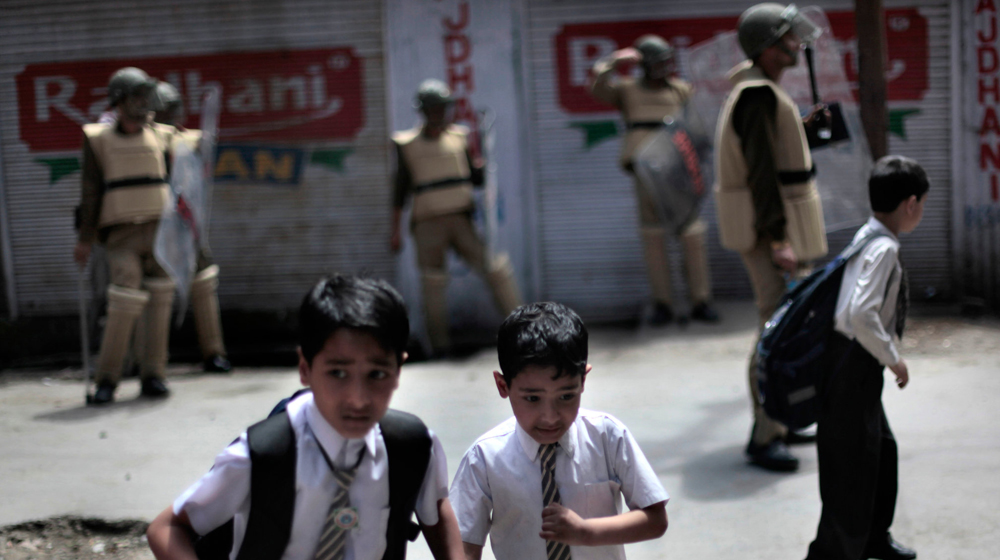 The Valley was pushed under curfew for days together; gun pellets were fired and left them in pain for days and to some for life.

Students in the most disturbed regions of the country prefer to continue their education outside the state, which are comparatively safe and peaceful.

Since July 8, the day when Hizbul Mujahideen militant Burhan Wani was killed, the beautiful Kashmir Valley is under the dark clouds of fire, hatred and blood.

The Valley was pushed under curfew for days together; gun pellets were fired and left them in pain for days and to some for life.

Still in that atmosphere, some aspiring students want to continue their education somewhere outside the state and they are ready to move out.

Even the parents of these students do not want their children to spend their academic years in an atmosphere of turmoil.

According to the reports of ANI, Ejaz Ahmad, the owner of a career consultancy firm, said, "Using a government scholarship available under the Prime Minister's (Special) Scholarship Scheme, five thousand students have been sent out. All of these were poor and meritorious students. Apart from this, comparatively less meritorious students is either taking education loans or their parents are selling their property to educate their children."

The University of Kashmir has reportedly decided to start undergraduate courses by the month end, but some students are leaving nothing to chance.

Tousif Ahmad, a student, said, "The education system here is shut. Almost the entire Kashmir is closed. If we talk about poor, they are selling their land and properties to go out. They get affected the most as they are becoming poorer."

Another student said, "The education system in Kashmir is completely dysfunctional. I want to pursue a Masters in Business Administration (MBA)."

The Jammu and Kashmir High Court has taken suo motu cognisance of this development and asked the state government to take steps to prevent such incidents and "unmask" the culprits.