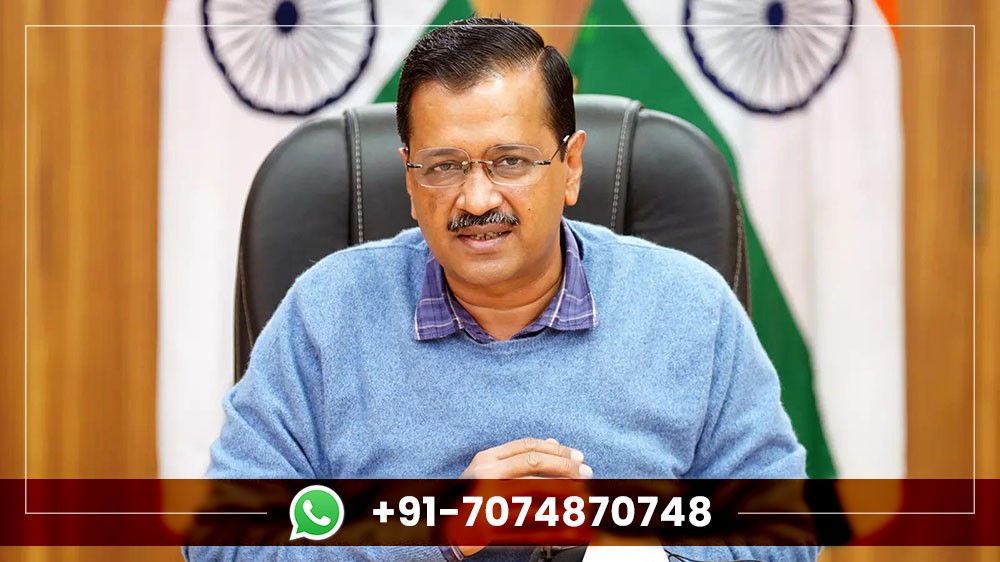 Arvind Kejriwal said that his personal choice regarding the Chief Ministerial face is not important, public choice is important.

Delhi Chief Minister and Aam Admi Party (AAP) National Convener Arvind Kejriwal announced that people can message and call on the number 7074870748 to send their suggestions on who should be the Chief Ministerial candidate from AAP for the upcoming Punjab Assembly polls by January 17 till 5 pm.

"This is happening in India, probably for the first time after 1947, a party is asking the public to tell us who should be the CM face. By calling, or through Whatsapp messaging on the number 7074870748, you can give your suggestions by 5 pm on January 17. Based on the suggestions, we will choose our CM candidate. My personal choice is not important, public choice is important," he said in a press conference in Chandigarh.

He further claimed, "AAP is emerging as the largest party in different surveys conducted to assess which party should win maximum votes in upcoming Punjab Assembly elections".

While Bhagwant Mann said, "the responsibility of the Chief Minister is a big responsibility. CM has to be involved in the sorrow and happiness of the people of the State, so we are issuing a number 7074870748. You can tell your favourite CM face by calling or messaging on it. I am grateful to the party, even if my duty is to paste the posters, I will do that too, but the faith that CM sahib has placed in me is priceless".