Problem with the Education System in India

The government may play an important role by encouraging citizens, while the real responsibility is on the citizens.

You might have seen people discussing the education system in India. They often start by pointing out flaws in the education system and end up deprecating the government. Unfortunately, no one is able to hit the bull’s eye. As it is a fundamental topic in human development, we should consider education as a distinct issue from both social and political aspects.

Education can either make people intellects, businessmen, and philosophers or can ruin their whole life. A single word or person cannot adequately describe the education system. The government may play an important role by encouraging citizens, while the real responsibility is on the citizens.

The problem in the Indian education system can mainly be accounted for by the fact that a large part of the population isn’t getting a quality education. Even though the government is trying to get the issues fixed, things remain unchanged. Let’s have a look at what are the main things creating problems with the system.

The Indian education system provides the most logical and easy to understand education to students. It works by providing a variety of subjects in which students can choose and make their career. While the system has some exceptional features, it lacks intelligence-based subjects. Problems are so worse that it would not be an exaggeration to say we are still living in the 19th century in terms of education.Despite seeing hundreds of millionaires making money without a college degree, people still think that students who are bad at academics can succeed in their life. Due to this pedantic mentality, generation Z is facing anxiety-related issues. Government and schools should change these things so that students are ready for other futuristic problems.

Dividing any resource in a family of almost 132 billion living in an area of 3.287 million km is a bit challenging. It requires meticulous planning and systematic execution. And, of course, this isn’t the same everywhere. People in our country vary immensely in terms of culture and geography. With the rainforests of the northeast to the scorching dunes of Rajasthan, there is more diversity than any other nation.

It becomes impossible for the government to give attention to every area properly due to diversity. That’s why significant differences exist between the literacy rates of metros and rural regions.To solve this, the government should take care of policies made and applied to develop the areas. These policies will encourage more students to get enrolled and complete their education resulting in a rise in literacy rates.

There is no need to explain what the pandemic has done to us. Students were the worst sufferers of the pandemic. Office goers and businesspeople somehow managed to work during the pandemic while schools got shut down. Even at the time, more than half of the elementary schools aren’t fully open.

The education system carries flaws in almost every sector; pedagogy is one of them. Pedagogy systems are outdated and are in the strong urge for change. We need to train teachers for using smart boards and projectors properly. Also, students should cooperate with teachers and help them troubleshoot problems associatively.

We already talked about government education systems aren’t quite well. Fortunately, private schools are good but they are so pricey that even upper-middle-class people can’t afford them.

In India, around 6 per cent of the population lives in extreme poverty. Here, poverty means a person who spends less than Rs. 972 and 1407 in rural and urban areas correspondingly. In their hard-earned inadequate amount of money, these people cannot afford their children to go to those private schools. So, high cost is the major problem in the Indian education system.

Cast division in India is still complex and is followed profoundly in village areas. Despite the fact that we are the largest democracy in the world, people still face denigration and ridicule based on their caste. Students from different castes cannot sit and eat in the same place.

This classism is not only wrong but impacts the future in a very bad manner. People from lower castes do not send their kids to school to protect them from getting mocked which results in a lower literacy rate and more uneducated youths.

No matter how sophisticated a problem is, it can be solved by giving proper timing and effort. In a nutshell, both government and citizens should take steps to solve the above-mentioned problems.

In other words, the government should use power and citizens should use their entrepreneurial minds to help the country get rid of these problems. 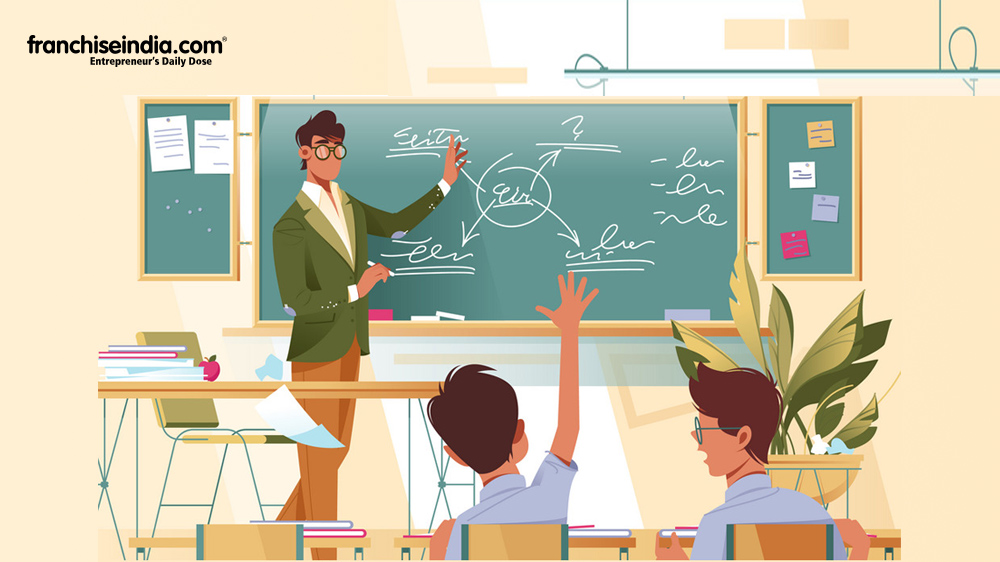