National Geographic to launch new season of 'Science of Stupid' 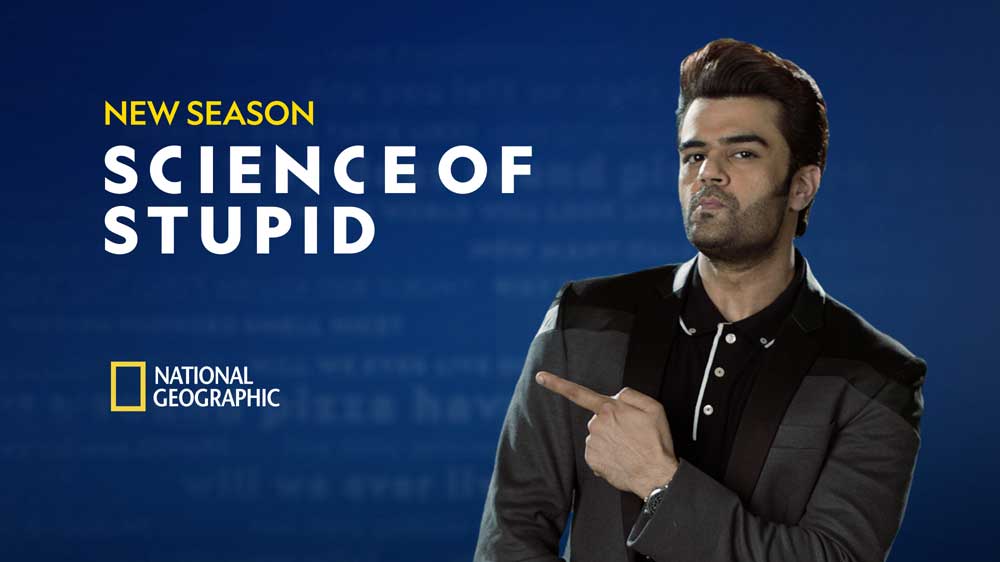 The idea is to bring science in an interesting, quirky and easy to understand manner.

What’s the science behind some of the most jaw-dropping acts of stupidity? National Geographic is set to answer this in the brand new season of its funny and highly informative show, Science of Stupid. Premiering on February 18, 2019, the show will take its viewers a step closer to all the scientific facts hidden in common and not-so-common experiences, and decode the science behind our everyday activities.

The new season will once again witness popular host Maniesh Paul, explaining to viewers the science behind misadventures of people, from motorbike crashes and trampoline mishaps to unexpected explosions and novice lumber jacking. The idea is to bring science in an interesting, quirky and easy to understand manner.

Pawan Soni, Head (Programming & Marketing), said, “Science of Stupid has been one of the most popular franchises of National Geographic, appealing to both children and adults. The unique aspect of the show is that it gives viewers an in-depth comprehension of scientific concepts, while also entertaining them through humour. It also provokes viewers to be curious and ask more questions - so the viewers do not experience common misadventures themselves due to ignorance.”

“Additionally, having Maniesh Paul’s wit and humour to explain science-based facts makes the show even more fun and engaging. The show is definitely a must watch for children and families who are inquisitive to learn new things every day,” he added.

Maniesh Paul said, “I am thrilled to bring to viewers yet another series of Science of Stupid. I obviously promise you a lot of jokes and laughter but also a heavy dose of fun science theories and concepts. I believe each season of the show comes with more excitement and context, making it bigger and better than the previous one. The show has received much appreciation from its viewers and a brand new season is a reiteration of its popularity.”

The new season of Science of Stupid will premiere on National Geographic on February 18th and will air every Monday to Friday at 7:30 pm.