Know What Devas' Case Is And What Is Its Dispute With Antrix? 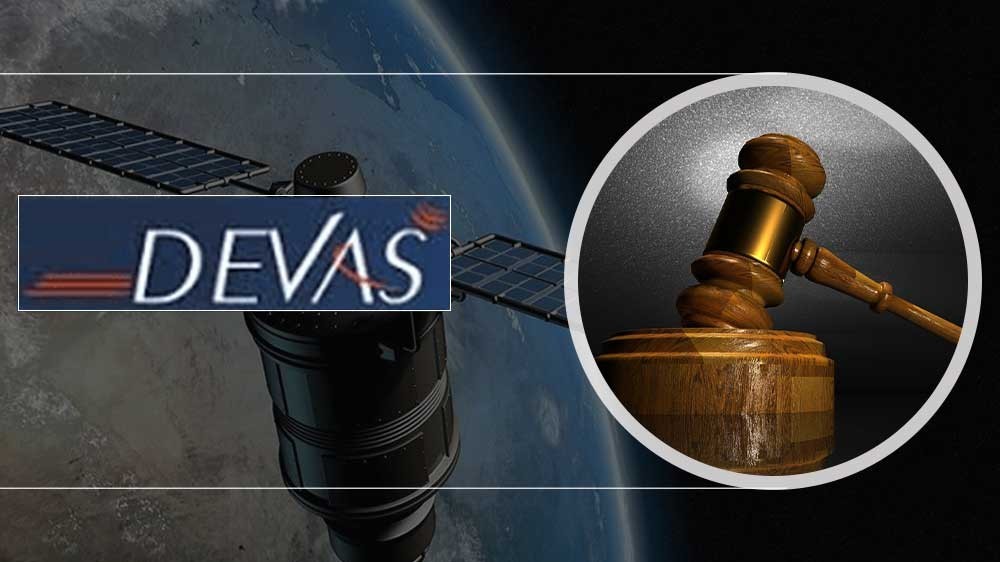 Why a company from Bangalore is suing the Indian Government in different international courts.

Devas Multimedia is a Bangalore based multimedia service providing company which is currently under liquidation. The company was founded in 2004 by a team of successful satellite entrepreneurs and executives. The company has investors from Indian and global citizenships, which help it to flourish in various sectors including satellite communications and technologies.

Devas multimedia was started by former Indian Space Research Organisation's officials and US businesspersons. In 2008, Deutsche Telekom picked up a 17 per cent stake in Devas for about USD 75 million. Columbia Capital and Telcom Ventures are some other renowned international investors.

Antrix Corporation Limited is an Indian government-owned company, administered by the Department of Space, headed by the Prime minister of India. It works as the commercial arm of India Space Research Organisation. In September 1992, the Indian government incorporated Antrix Corporation as a private limited company that provides technical consultancy services, transfers technologies to industry and exploits space products of ISRO.

As a Public Sector Undertaking (PSU), ISRO aims to promote its products, services, and technologies with the help of Antrix. It has dealings with technology companies such as European Aeronautic Defence and Space Company EADS Astrium, Intelsat, Avanti Group, World Space, Inmarsat, and other space organisations in Europe, the Middle East, and Southeast Asia.

What was the deal?

Devas, with its ambition to offer satellite broadband services across India on various platforms, signed a deal with Antrix, the commercial arm of Indian Space Research Organization, to receive a 70 MHz frequency electromagnetic spectrum in the 2500 MHz band. This 70 MHz frequency band is a crucial element for providing communication services to the customers. For a better understanding, various bands of electromagnetic waves are used indifferent ways like your normal microwave oven uses 2.45 gigahertz of electromagnetic frequency.

To do so Antrix was supposed to build, launch and operate two geostationary satellites, which were named as Gsat-6 and Gsat-6A.

Furthermore, Devas Multimedia will pay USD 40 million for pre-launch capacity reservations and USD250 million for satellite capacity lease payments. A representative of ISRO-Antrix sits on the board of directors of Devas Multimedia. Once services begin, the two companies will share revenue. The exact revenue share is not known at this time. The company’s plan was to invest USD 500 million to USD 750 million once the service is launched. India was originally supposed to launch the two new satellites in 2010, but that was later delayed and cancelled.

Why was the deal cancelled?

A Comptroller and Auditor General of India (CAG) report that pointed out deviations from standard operating procedures led the government, then reeling from the 2G scam, to cancel the contract. In February 2011, the United Progressive Alliance (UPA) government cancelled the 2005 agreement between Devas and Antrix over security reasons amid the raging 2G scandal.

Three legal disputes arose from this abrupt annulment - a commercial arbitration between Antrix and Devas Multimedia at the International Chambers of Commerce (ICC), and two Bilateral Investment Treaty (BIT) arbitrations brought by the Mauritius shareholders in Devas Multimedia under the India-Mauritius BIT and by Deutsche Telekom - a German company - under the India-Germany BIT, India lost all.

Under the Indo Mauritius Bilateral Investment Treaty, the Permanent Court of Arbitration awarded USD 111 million plus interest on October 13, 2020.

The International Chamber of Commerce (ICC) awarded Devas Multimedia a compensation of USD1.3 billion on September 14, 2017. The BIT arbitrations are conceptually and legally distinct from the commercial arbitrations under ICC, notwithstanding that they were conducted in parallel.

In its ruling, the Superior Court of Quebec, Canada, found that the Airport Authority of India was India, in the sense that it was an organ of India, inseparable from India, or the alter ego of India. In this way, the AAI's assets can be used to enforce the Treaty Awards in Quebec, Canada.

A Quebec court has allowed Devas Multimedia shareholders to continue to seize 50% of Air India’s funds that have been held by global airlines body International Air Transportation Association (IATA).

The court also granted relief to the AAI, freeing its funds that were seized by the Devas Multimedia shareholders.

Earlier this month, the court had ordered funds seizure of Air India and AAI, which have been held by IATA, in a case filed by Devas Multimedia shareholders to enforce the arbitration award regarding Antrix deal’s cancellation.

On October 27, 2020, a US court had asked Antrix Corporation, the commercial arm of the ISRO, to pay a compensation of USD 1.2 billion to Devas Multimedia for cancelling a satellite deal in 2011.

Freeing up AAI’s funds that were seized by Devas’ shareholders, the court said it “shall grant the AAI application to dismiss and shall declare that the first seizure should not have been heard and granted on an ex parte basis, without first disposing of AAI’s claim to state immunity”.

IATA assists the AAI in collecting charges such as air navigation charges from foreign airlines. Similarly, IATA keeps funds for Air India’s bookings that are done in foreign countries through global distribution systems such as Amadeus and Travel port.

A French court has ordered freezing of an Indian government property in Paris on a plea by Devas shareholders who are seeking to enforce a USD 1.3 billion arbitration award over a cancelled satellite contract, according to the court order copy.

The court allowed Devas shareholders to register a 'Hypotheque Judiciaire' or a judicial mortgage on a Paris apartment in the posh 16th arrondissement.

The building previously served as the residence of the Indian Deputy Chief of Mission and is valued EUR 3.8 million.

Jay Newman, senior adviser to Devas shareholders said, “India has assets like this all over the world. This is just the beginning. We’re planning many more seizures.” No immediate comment could be obtained from either ISRO or the government over the latest move by Devas.

The property is the same one that Britain’s Cairn Energy froze in July 2021, in an attempt to get New Delhi to pay USD 1.2 billion that an international arbitration tribunal had awarded, overturning levy of taxes on the company retrospectively.

A month later, the government brought a law to annul all retrospective tax demands and refund all money collected to enforce such demands. Cairn has since withdrawn all cases it brought across the world to collect the arbitration award and is now entitled for a INR 7,900 crore refund.

Devas shareholders moved the French court on September 24, 2021. According to the French court document, three investors CC/Devas Mauritius, Telcom Devas Mauritius and Devas Employees Mauritius Pvt. Ltd had moved for the seizure of assets of the Indian government to enforce the arbitration award ordering compensation for the cancellation of the Devas-Antrix satellite deal.

Canada’s Montreal district court on December 21, 2021 had ordered preliminary attachment of half of the funds that the Canada-based International Air Transport Association (IATA) holds on behalf of Air India.

The Montreal court ordered the seizure of the fund after preliminarily identifying Air India as an alter ego of the Government of India, which owns ISRO and Antrix.

The IATA operates a settlement system for travel agents, meaning that its offices worldwide can handle much of an airline’s global revenues.

Devas shareholders have also sought registration of the arbitration award in the US, the first step before they can seize Indian assets to recover the award.

"The action by Devas in Canada is just a start. Additional spokesperson actions are forthcoming that will underscore that India is an unsafe place to invest. No foreign investor should invest in a country where the government can ignore its contractual obligations and deploy its law enforcement agencies to harass and intimidate investors," said Jay Newman, Senior Adviser to Devas shareholders.

"Devas' shareholders have been granted the right to garnish property belonging to the Airports Authority of India (AAI) held by the International Air Transport Association (IATA) in Montreal. These actions represent the first fruits of a globally focused effort to attach assets of the Indian government to satisfy the Devas Multimedia's awards. More than USD 30 million has been seized to date under the IATA action," a Devas spokesperson stated. 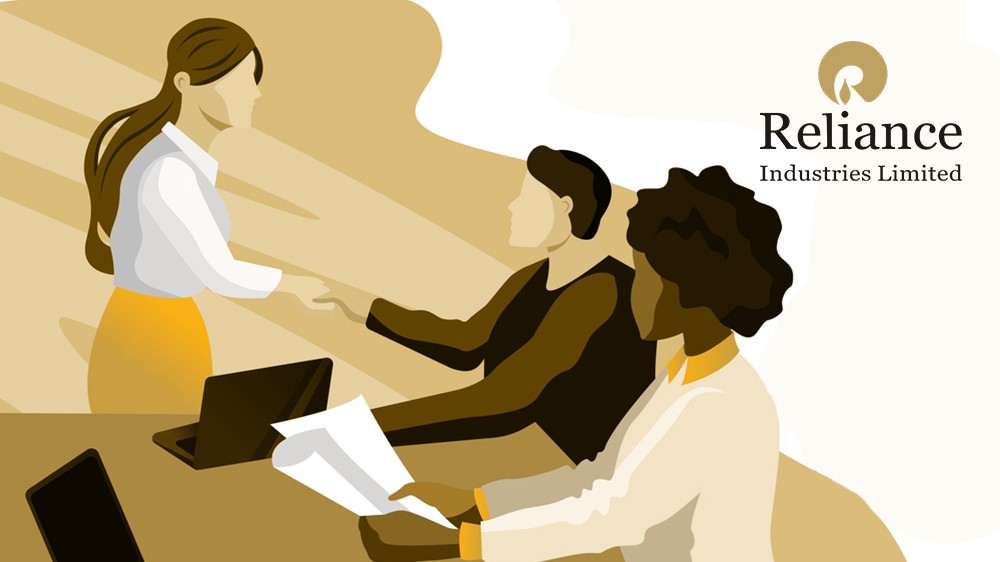 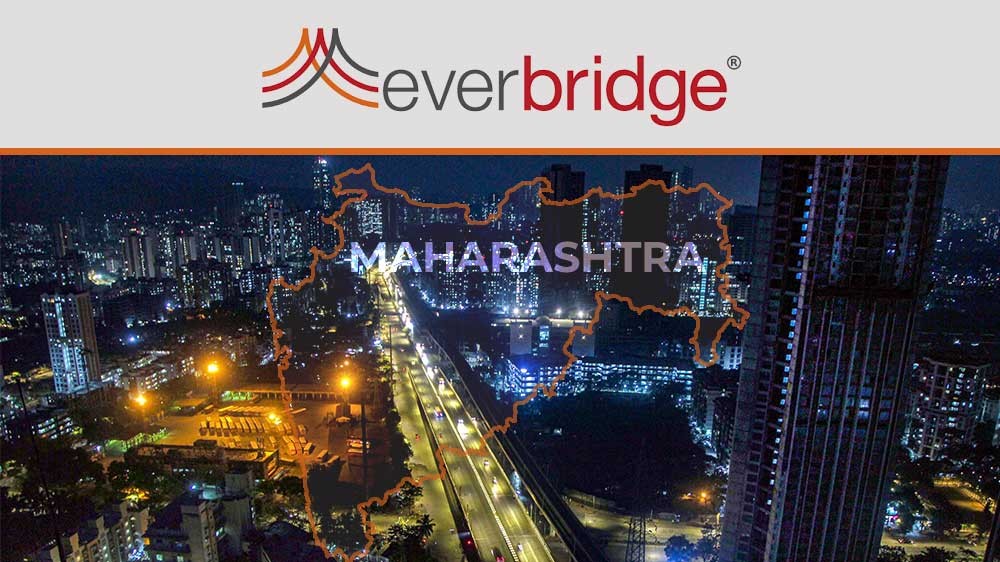 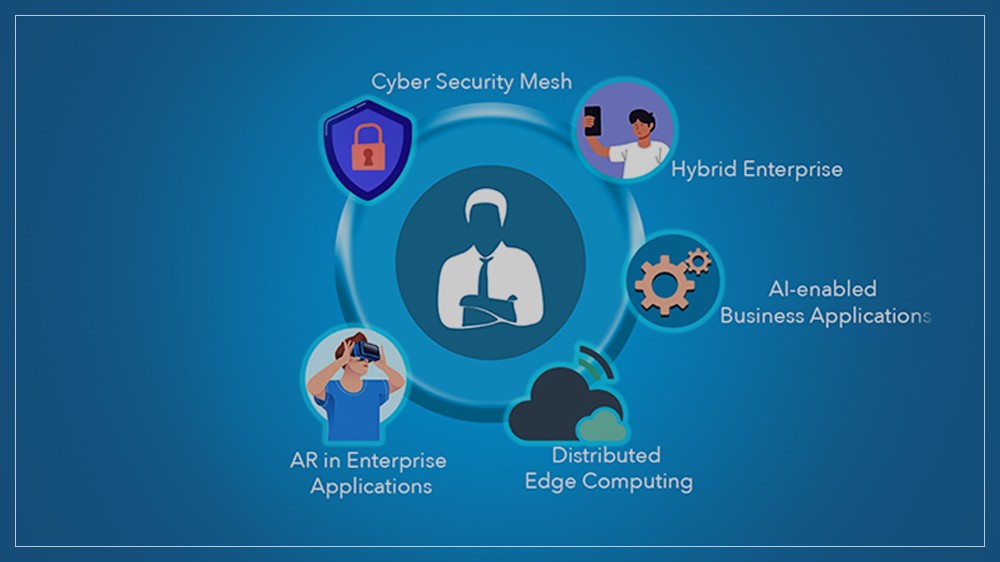 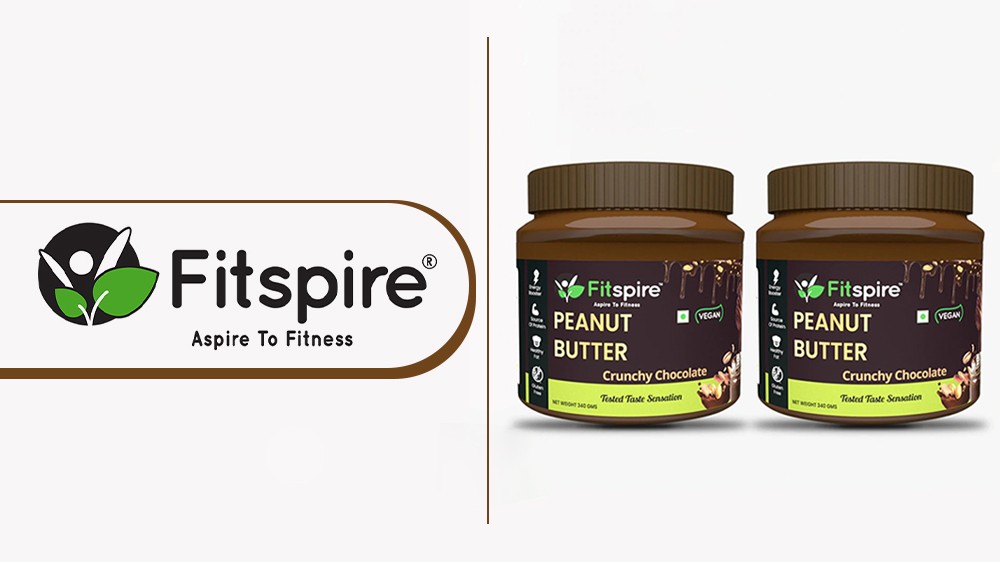 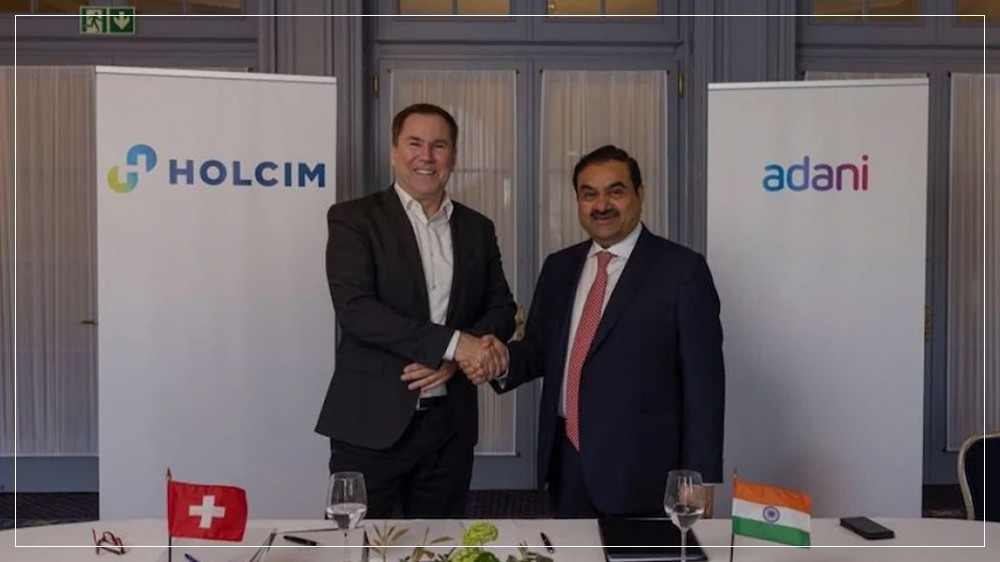 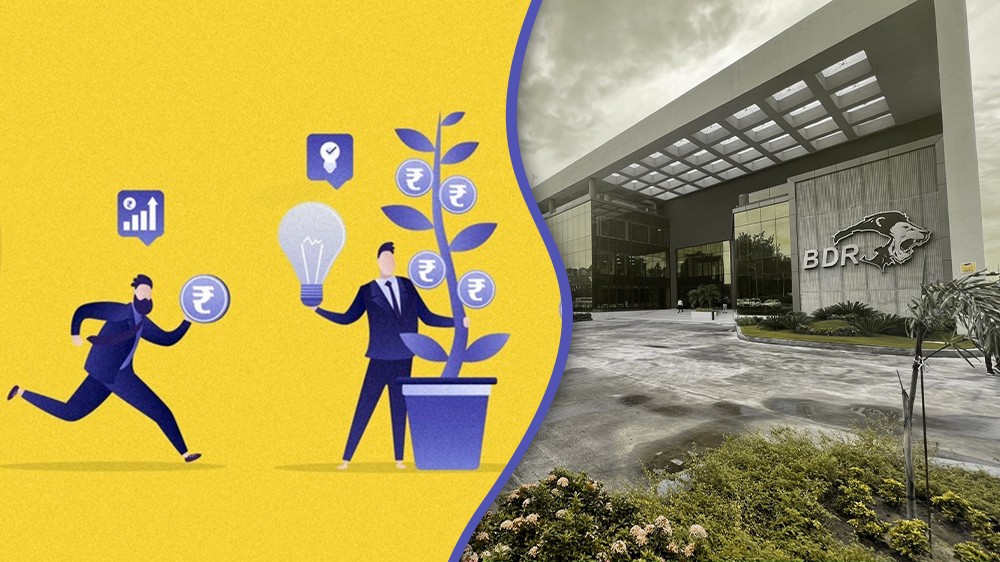 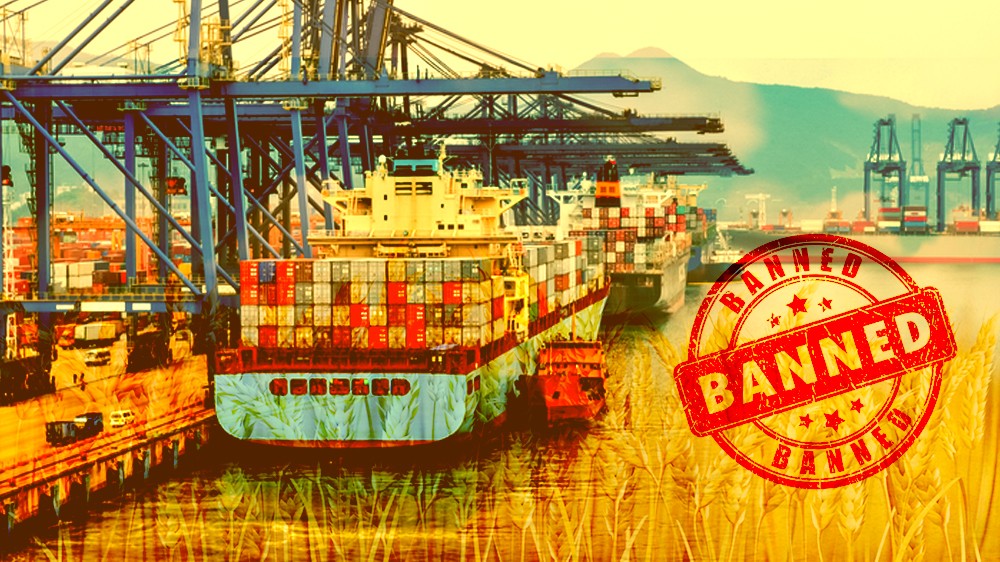