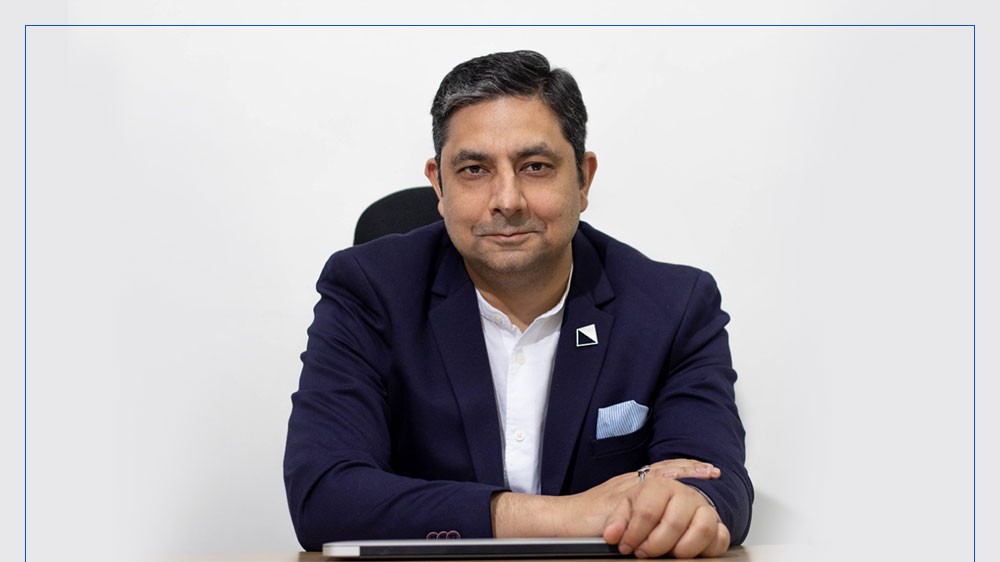 The company is also planning to tap in the western region of the country by the end of 2022 and has debuted its services in Mumbai in line with this mission.

Speaking of the internet in India, Excitel is the fastest-growing broadband network and the preferred streaming platform for 600,000 customers in 28 cities, the company said. Speaking about Excitel, Vivek Raina, Co-Founder and CEO answers following questions.

When Did You Start This Business And What Was The Idea Behind It?

Raina: The Company was incepted in 2015 and since then it has been revolutionising broadband services and leading the adoption of fiber broadband in India. Excitel was also the first internet service provider to introduce the concept of truly unlimited data plans allowing consumers to access unlimited data at the promised speed without any caveats or conditions.

The Idea behind Excitel was to provide seamless internet connectivity to the 75 per cent of BHARAT that has been neglected until now. Given that 20 to 25 per cent of Delhi, for instance, is fully planned. Greater Kailash, Noida, and Gurgaon all have multi-story structures currently, although Shahdra, Uttam Nagar, and Jamia make up 70 per cent of them. So how do you introduce ultra-high-speed wireline broadband in these regions? It appeared that the current telecoms and ISPs lacked a model for these markets. It’s quite simple for them to enter a building’s shaft and run wires up to each and every flat, or even to enter a place like Greater Kailash’s back lanes and proceed, but what about Shahdra? How do you enter those lanes? What about Old Delhi? What is their method? So in a way, this was one of the fundamental issues.

Our impression is that the telcos were preventing the spread of broadband. Excitel therefore came up with the concept that the 70 per cent of the market that is unexplored, 70 per cent of urban India, where Indians dwell, are key locations, and we will go there first, trying to cater to

and offer world-class internet to such regions at reasonable price with the help of Cable operators.

How The Company Is Planning To Establish Its Network In 50 More Cities To Provide Consumers With Exceptional Speed With No Data Usage Cap?

Raina: The company wants to bridge the digital divide by providing broadband internet connection where 75 per cent of Indians residing in these areas with the help of local cable operators.

“The structure of urban India is not uniform, in the sense that 70 to 80 per cent of it is not even planned; these unstructured areas in urban India we classify as BHARAT. Incumbent telcos and internet service providers have never had a business model for such unstructured areas where 70 per cent of urban Indians dwell, the fact that there are no back lanes or building shafts in such areas makes it considerably difficult for them to provide services in such areas. Excitel’s goal is to revolutionise the broadband sector and offer seamless internet access across all areas of urban India,” he said.

Adding further, he said, “At Excitel, our market makes us unique, while other telcos in the industry are doing great for the 25 per cent of the structured India, we want to bridge the digital divide by providing broadband internet connection where 75 per cent of Indians reside with the help of local cable operators.”

Vivek claimed that Excitel was India’s fastest-growing Fiber broadband networks and the preferred streaming platform for over 750,000 customers in more than 28 cities. He said that Excitel was also the first internet service provider to introduce the concept of truly unlimited data plans allowing consumers to access unlimited data at the promised speed without any caveats or conditions.

The company is planning to tap in the western region of the country by the end of 2022 and debuted its services in Mumbai in line with this mission. He said that company is aggressively working towards expanding operations in close to 100 cities and increasing customer base from 0.75 Million to 1 Million by the end of this year.

How Difficult Was Is It To Raise Fund And How Do You Plan To Use The Proceeds?

Raina: The company has raised USD 11.2 mn in equity from existing and new tech investors based out of Europe which will further help accelerate the company’s mission to become one of the largest Fiber-to-the-Home (FTTH) service providers in the country and pave the way for our ultimate goal of having 10 million subscribers by 2025.

He said that it's always a challenge to raise funds at the right valuation and make your investors  part of your vision . We have now done it successfully a few times now. “Proceeds will go onto expansion  and augmentation of our technology suite to bring in more operational efficiency in the organisation besides improving Customer experience (CX),” he added.

What Is FTTH And How It Benefits Consumers?

Raina: Excitel has stopped selling legacy copper connections around three years back, since then it has been only onboarding FTTH connections. There are still around 1 Lakh connections in its user base which are still on legacy and the company intend to upgrade those to FTTH by the end of 2022 and become a 100 per cent FTTH service provider.

FTTH means Fiber to Home and is the best Broadband technology available in the world, it is a very rugged technology and does not get affected by weather conditions like rain or lightning besides can deliver upto 1 Gig speed without much issue.

Raina: At Excitel, we don’t have any Fair Usage Policy and that enables our subscribers to experience seamless truly unlimited  Internet at affordable rates.

“Fair Usage Policy (FUP) is actually a very unfair data capping policy. Some telcos/ISPs put a capping on the amount of data a customer can download in a given period of time and once that quota is over they throttle the speed of the connection to unusable levels. For example if you have a limit of 50 GB on your 100 Mbps plan after you exceed the monthly cap, your internet speed will be automatically reduced to 2-4 Mbps for the remainder of the month. It benefits the broadband providers to limit internet usage at peak hours,” Vivek told Opportunity India.

How The Company Manages To Compete With India’s Leading Broadband Provider Jio In Prices?

Raina: Excitel's goal has always been to provide last-mile FTTH internet connectivity for people in unstructured areas of Urban India. These are areas where 70 per cent of urbans Indians live and have never had high quality services in their areas. Excitel brings world class services to such areas at affordable prices and backs the service with 4 Hours SLA commitment i.e if an issue persists for more than 4 hours we provide a day free to the customer.

Excitel plans to expand its services to 2 Million Subscribers in 100 cities in order to achieve its goal of ranking among the top 3 ISPs in India by 2023. 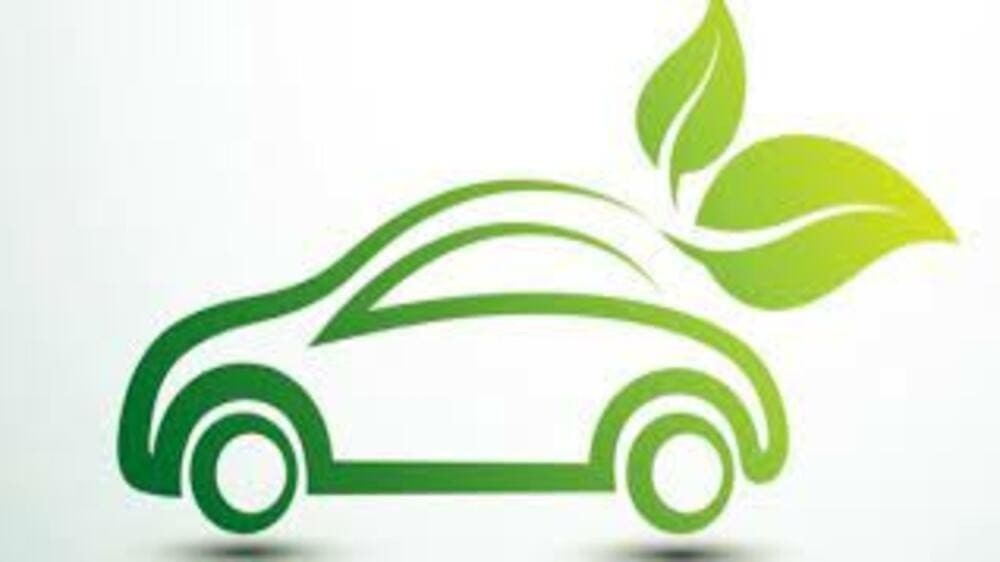 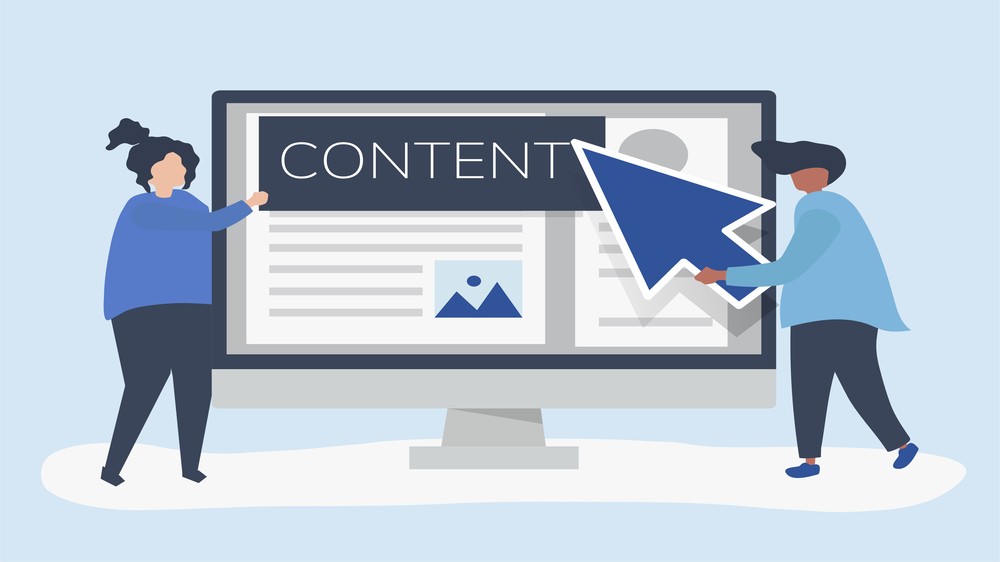 Interview
Understanding How the Content Helps Business in Sales Season 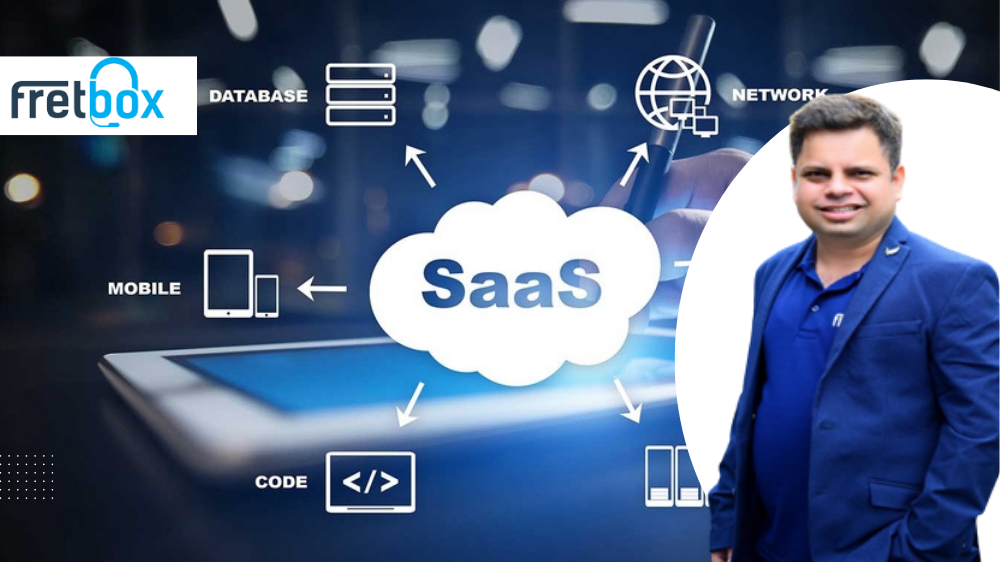 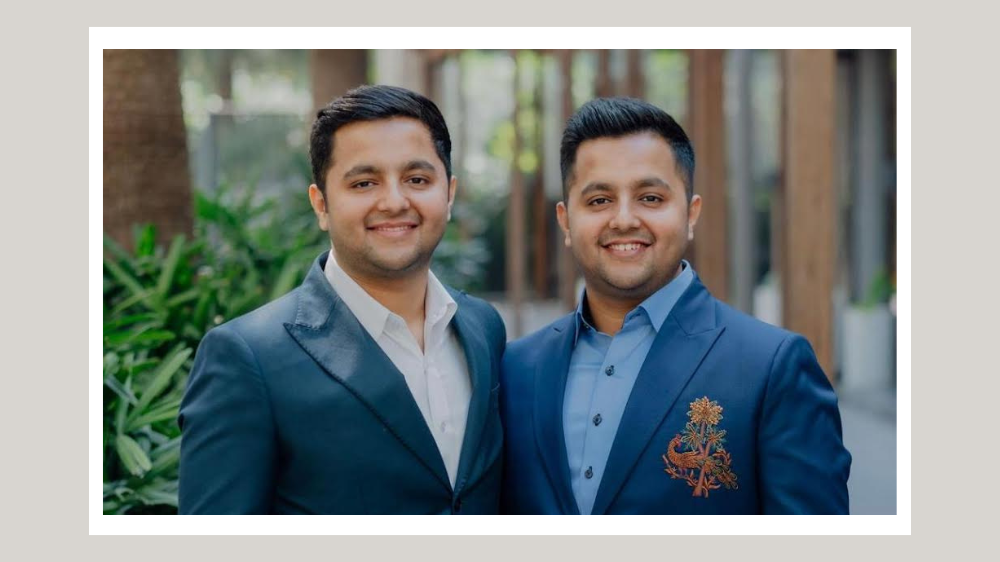 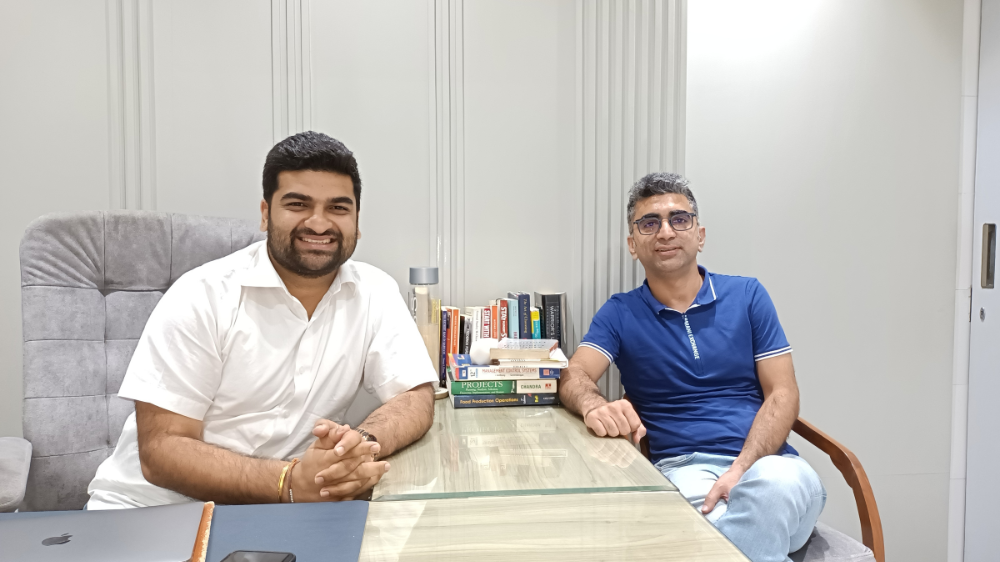 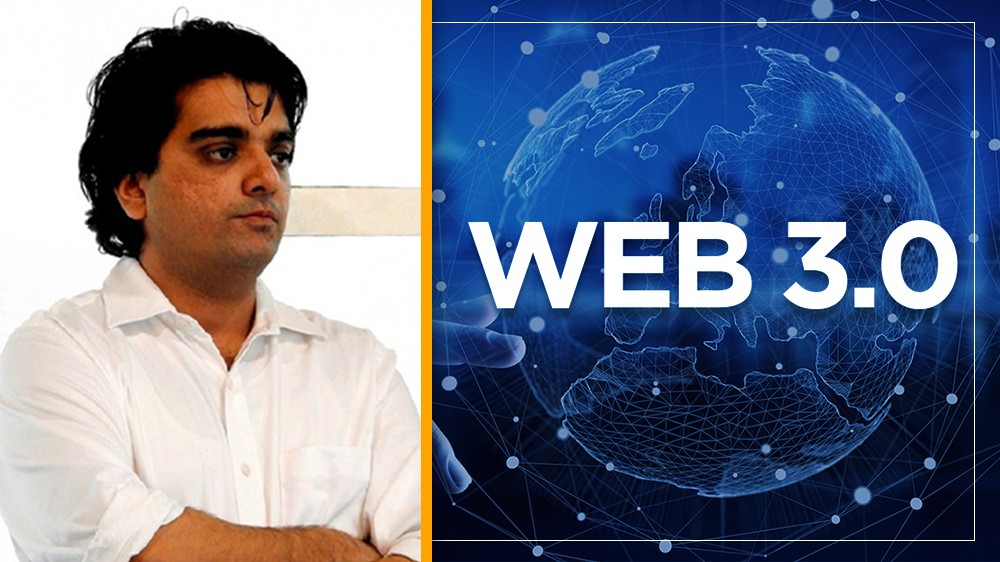 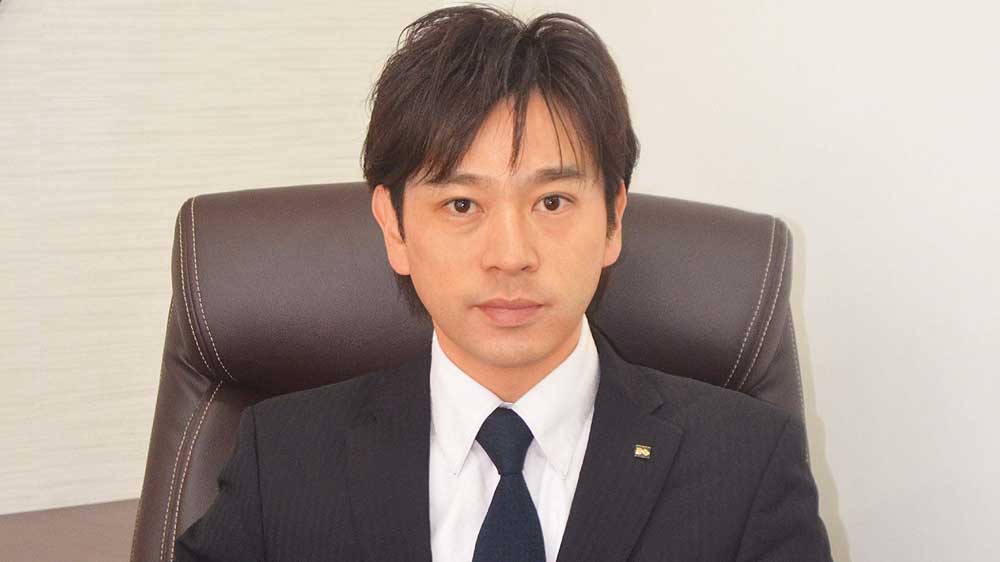 Interview
We have plans to penetrate in 200 more stores in coming months: Spawake CEO