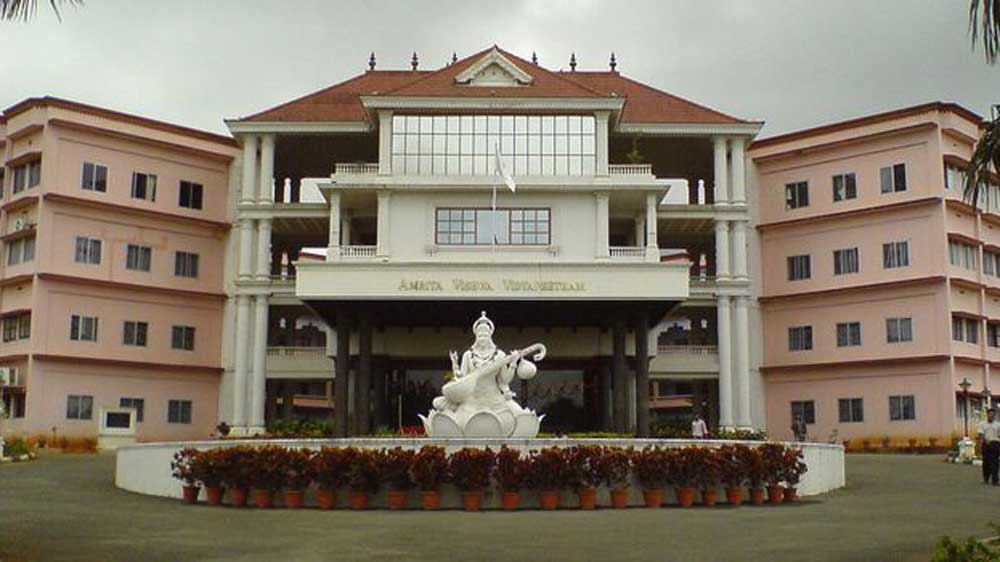 More than 150 computer science students from all over India participated in the finals of the 9th edition of the national hacking competition called the "Amrita India Capture the Flag Contest" (Amrita InCTF) organized by Amrita Vishwa Vidyapeetham.

Team Invaders from the Rajiv Gandhi University of Knowledge Technologies (Andhra Pradesh) grabbed the first position in the finals, with Team CTF_Probably from the KJ Somaiya College of Engineering (Mumbai) and Team Init0from NIT (Rourkela) placed at second and third positions, respectively.

Over 2,500 students had registered for the annual talent-spotting contest from more than 1,000 colleges across the country, with 150 of them making it to the finals. Participating students had to tackle challenges in different areas of cybersecurity such as cryptography, web security, mobile security, cyber forensics, binary exploitation and reverse engineering.

VipinPavithran, Founder of Amrita InCTF and Professor at Amrita Centre for Cybersecurity Systems &Networks, Amrita VishwaVidypaeetham, Kerala, said, "Amrita InCTF is India’s premier cybersecurity talent-hunt competition organized by Amrita Vishwa Vidyapeetham which exposes college students to computer security, secure coding practices and the implications of not adhering to them. More than 12,000 students from 19 states have participated in the event since its inception in 2010."

"The skills and interest that the students gain during the Amrita India Capture the Flag Contest can help students get good jobs in cybersecurity. Companies that sponsor this contest identify potential candidates for hiring. In fact, US-based computer software firm VMWare hired two students on the spot from amongst the finalists of the 2019 contest," he added.

Gurucharan Sivaraman from the participating team of NIT Rourkela, which grabbed the third position at the competition, stated, "We used to think that cybersecurity involves nothing but ethics about the use of computers. But then we got introduced to Amrita InCTF and realized what cybersecurity and hacking are all about. Thanks to this contest, we are now aware of and became interested in ethical hacking practices and got introduced to the Attack and Defense style."